When Larry Josloff was a kid, he was the “outrider” for the harness races at Weequahic Park. “I rode the saddle horse that led the race horses out,” Josloff said.

He got the lofty position because his dad, Sollie, revived harness racing at Weequahic in the early 1950s. Sollie Josloff was a driver, trainer and owner, and had a dozen standardbred trotters and pacers stabled at the historic track.

Now Josloff, owner of Newark’s largest industrial window company, is the lead horse again, driving efforts to save Newark’s mounted police. He donated $10,000, and is asking the state’s horseracing community to help, as well as the Newark Chamber of Commerce.

We have to step up and keep these guys in business he said as he visited the Newark stables the other day, petting the schnozzes of horses with names like Sharp Shooter, Sarge and Black Jack. By “guys” he meant the human and equine members of the mounted divsion. “If we can raise $200,000, we can keep them in business at least three, maybe four more years.”

The money will go to feed, and veterinary and farrier expenses. And a continued clip-clop presence on the streets of downtown Newark, where police have ridden high above the crowds, or ridden into them when necessary, for 120 years. 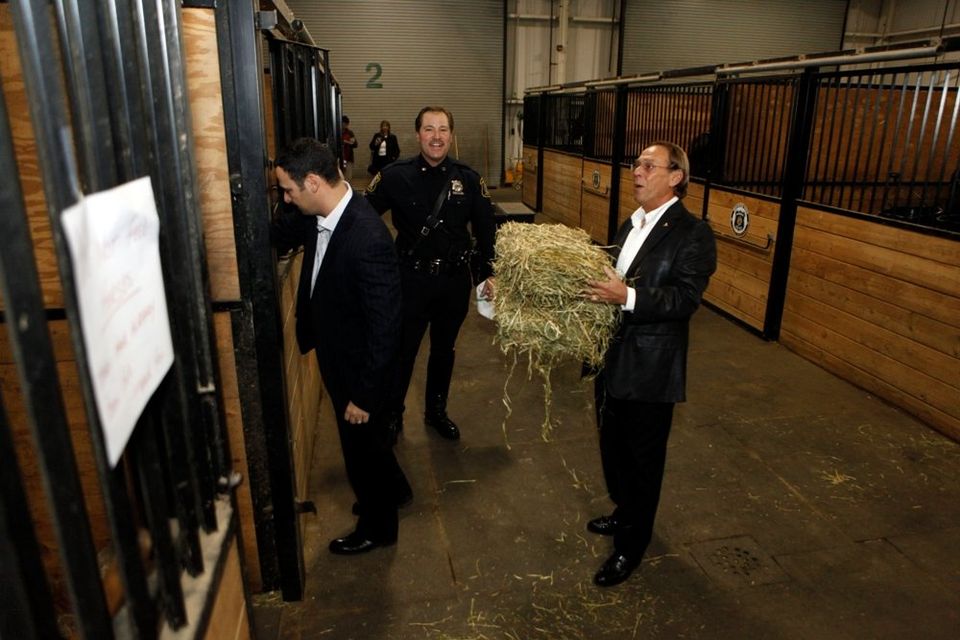 Two months ago, it was reported here that Newark’s mounted police would be a budget casualty. Five horses had already been shipped to a farm in Allentown, and another four were headed to Philadelphia. Newark’s 18 mounted officers would be reassigned, and the stable on Orange Street would be shuttered. A 120-year-old tradition was coming to an end. But then came the Josloff cavalry.

“After I read that, I knew I had to do something,” he said. “I did some research and I saw what Philadelphia did. Businesses got together and brought their mounted police back. Why couldn’t we do that here?”

Other readers came forward, too. A woman in Scotch Plains gave $5,000 as did the owner of several downtown parking lots. But Josloff is leading a wider charge. First, he wrote a check to Newark’s Police Foundation, earmarked for the mounties. “That’s the most important thing. You have to designate it for the mounted unit only,” he said.

Then he got the harness racing community involved.

“I’ve had several conversation with Tony Abbatiello (New Jersey’s most prominent harness horseman), and there is interest in helping us out,” Josloff said. “They (the state’s standardbred owner’s association) had donated eight horses to Newark in the past. Now, I’m going to the business community.”

“New York has them, Boston, Philadelphia. It’s a strong image; a marquee trademark.”

The Newark unit has been downsized to six horses and three officers, Louis Camacho, Richard Miller and Virgil Cordona. The men come in on their own time to feed, exercise and groom their partners.

So too, for Larry Josloff, who’s passion for horses is only equaled by his love of Newark. 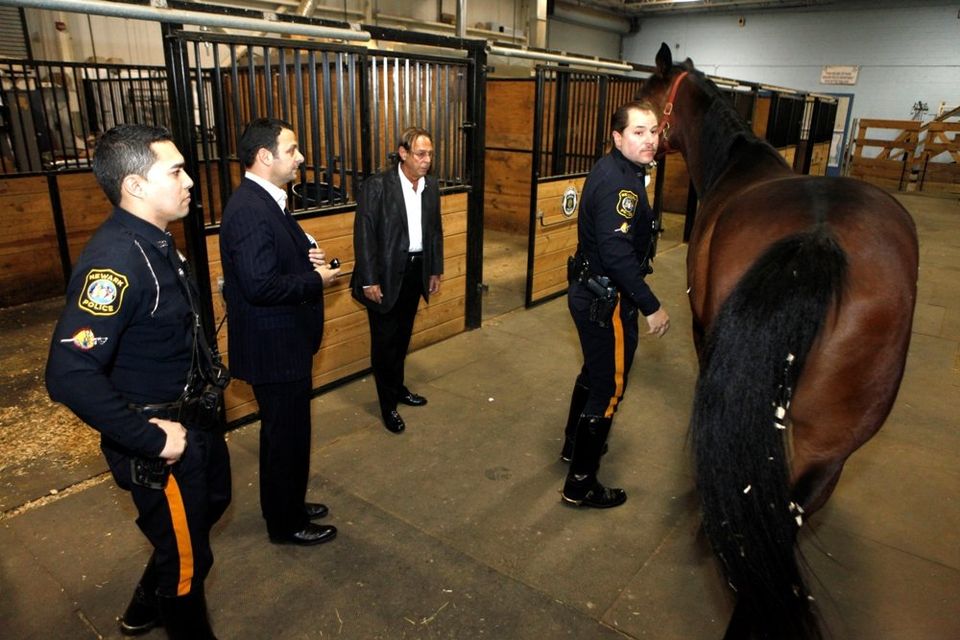 “This city has been very good to my family.”

His grandfather, Ezra, a Russian immigrant, started Josloff Glass in 1903. From his small workshop on Prince Street in the Central Ward, he repaired plate glass windows for stores along Springfield Aveue and downtown.

A century later, the company’s job portfolio includes the aluminum curtainwall and glass at the New Meadowland Stadium, the Prudential Center and Terminal B at Newark Airport.

Sollie Josloff moved the company to Meeker Avenue, the street that borders Weequahic Park in 1962, where it remains today. In those days, there were stables for 80 horses, a quarter-mile dirt track and a century-old grandstand from the days when the area was called Waverly Fairgrounds.

“Two of my father’s harness horses went to the Newark Mounted after they retired,” Larry Josloff said. “Standardbred horses have always had the perfect temperment for police work. We want to keep the tradition.” 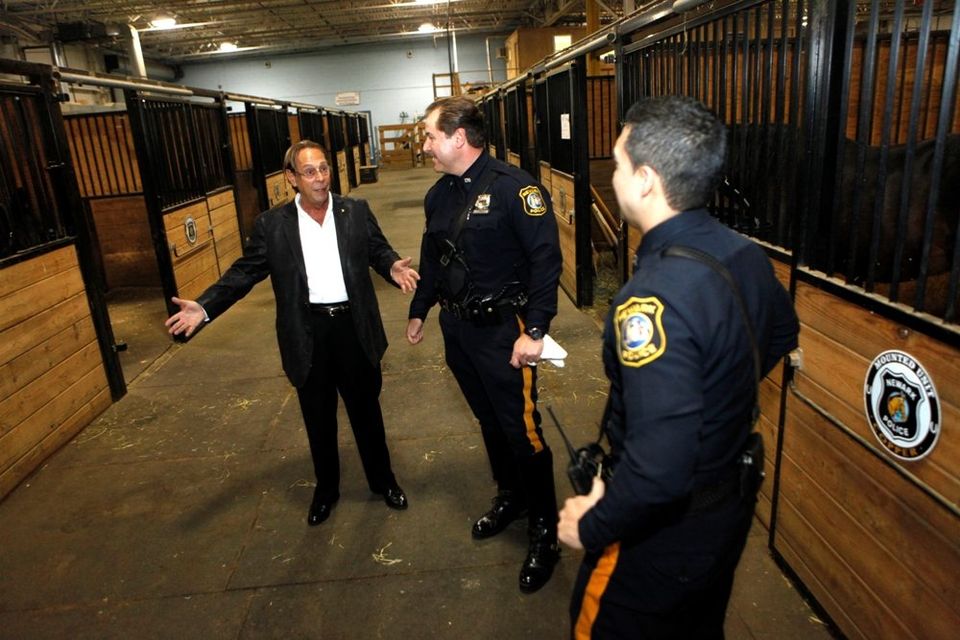